The September Rig of the Month belongs to Jeff Taylor from Connecticut. Jeff and his family do most of their camping along the 35 acres of Rhode Island oceanside where they enjoy front row sunrise and sunset viewing out of their Roofnest Sparrow XL.

Warning: you may drool with envy over these photos, so we recommend wearing a lobster bib for the remainder of this post.

Jeff’s rig is a two-door (or three-door, if you’re European) 1981 Land Rover Series III 109, the predecessor to the infamous Defender model. The 109 in the moniker refers to the 109-inch wheelbase. Behind the 109, Jeff and his family drag a custom adventure trailer built on top of the tub of a Series III 88, the short-wheel-base version of the Series III.

Before picking the Sparrow XL, Jeff compared 15 rooftop tents in total. He landed on the Sparrow XL due to its hard-shell design, durability, ease of use, as well as the aesthetic appeal it offers when both opened and closed. After all, with such a handsome pairing of rig and trailer, Jeff couldn’t bring himself to toss just any old rooftop tent up there.

Beneath the Sparrow XL is a completely custom trailer setup, including a camp kitchen, propane, and 12-volt electrical. An especially cool feature is that the 88’s original gas tank door now hides the electrical hookup for the trailer — a discrete but helpful design choice.

As for the 109 itself, in addition to the Front Runner roof rack, custom paintwork, front brushguard, and hood-mounted shovel and axe, Jeff had an alligator leather interior installed too. No doubt, this underscores the rig’s safari-conquering intentions.

In terms of power, the original inline four-cylinder gasoline engine was replaced with a more modern 200 Tdi turbo diesel engine. That oil-burner is backed by a manual transmission. Jeff didn’t say, but we can safely assume that thanks to the powertrain swap, this rig is both torque-y and efficient — perfect for towing and long-term overland adventures.

Thank you to Jeff for sharing it with us and for choosing a Roofnest. 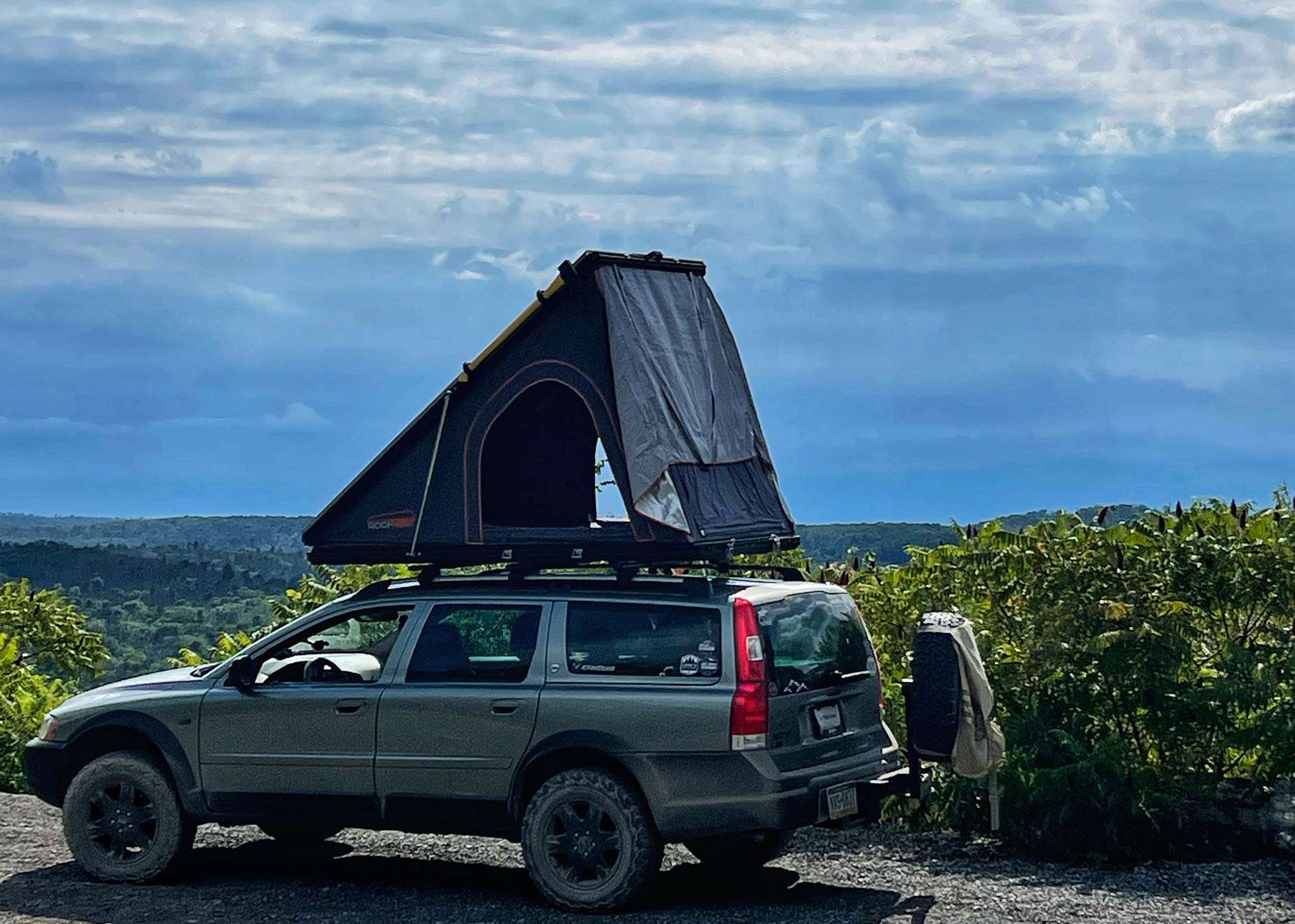